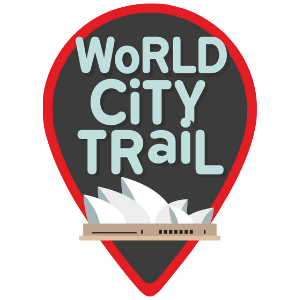 Online app (data on) for iOS, android and more

Offline (downloadable) only for android

Sydney treasurehunt and city tour, is a game that offers you the opportunity to explore an amazing mega city!

The land which people enter and leave Australia. A unique tourist destination representing the way of life , food and culture of Australia.

Located on one beautiful harbour, it is a strategic place.

Wherever you will decide to stay, you don’t have to drive great distances to visit the most important attractions of the city, because simply they are near to you!

Our game is a unique way to explore the city, learn things about the most important attractions and have fun solving riddles!

Explore Sydney, playing our treasure hunt and city tour with your smartphone!

Sydney scavenger hunt is a really fun and unique activity for the riddle lovers!

Darling Harbour is one of the important parts of city centre of Sydney. It is located on the western side of the city. Every day thousands of people visit the place either for a walk or shopping or for food and drink. It offers amazing views and chances for great photos.

An impressive cathedral in the center of Sydney. It is a gothic revival cathedral, with impressive windows, rich colour and much history!

The Sydney Town Hall houses the chambers of the Lord Mayor of Sydney. It is located at George Street, in the Sydney central business district opposite the Queen Victoria Building and alongside St Andrew’s Cathedral. It is a popular meeting place for the civilians.

The Queen Victoria Building was designed by the architect George McRae located in the Sydney central business district. The Romanesque Revival building was constructed between 1893 and 1898 and is 30 metres (98 ft) wide by 190 metres (620 ft) long. Firstly it was designed as a marketplace, it was used for many purposes later ,until its restoration and return to its original use in the late twentieth century.

It is the longest church in Australia. Despite the tall buildings around, its structure makes it a well viewed landmark from all perspectives.

The cathedral was designed by William Wardell.

The Sydney Opera House is a multi-venue performing arts centre on Sydney Harbour . It is one of the 20th century’s most famous and distinctive buildings.

It was designed by Danish architect Jørn Utzon, but completed by an Australian architectural team headed by Peter Hall, the building was formally opened on 20 October 1973, after a gestation beginning with Utzon’s 1957 selection as winner of an international design competition. The government’s decision to build Utzon’s design is often overshadowed by circumstances that followed, including cost and scheduling overruns as well as the architect’s ultimate resignation. It is one of the most photographed landmarks in history.

Only logged in customers who have purchased this product may leave a review.